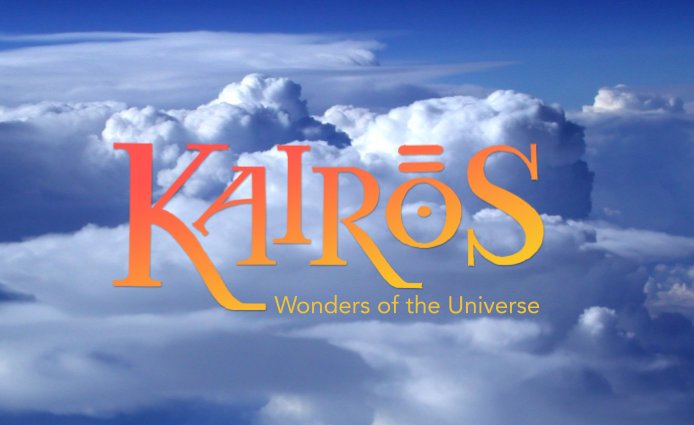 THE CODEX OF KAIROS

Ensō Education Institute is an umbrella organization with two initiatives to transform education, schooling, and learning.

KAIROS: WONDERS OF THE UNIVERSE

“Kairos: Wonders of the Universe” is a call to adventure for Pathfinders to engage as Players or Gamemasters to go on a Hero’s Journey through the Quests of Kairos to address the United Nations’ Sustainable Development Goals and create a more perfect world for all.

A series of courses will be presented for Pathfinders in Kairos twice a year. The spring series runs each week from February through May. The fall series runs from September through December. The Kairos Gamemaster and Ensō Guardians Series will focus primarily on alternatives to traditional curriculum and instruction.

If Pathfinders are interested in exploring projects around educational leadership, policy, and assessment, there will be a parallel track for those Pathfinders we refer to as Guardians.

The Mission of Kairos is to make the world work for everyone on the planet through spontaneous collaboration in the shortest time possible without disadvantaging any groups or individuals or compromising the planet itself.

The challenge is to make the Metaverse come alive through the combined power of human and machine intelligences.

There are six components of Kairos: Wonders of the Universe, which are designed to prepare future generations for the coming Singularity in which machine brains will surpass human brains in general intelligence and join humans as the dominant life forms on Earth.

Anthropocene. We draw wisdom from the accumulation of past knowledge, skills, and experiences during the Anthropocene Age. The Anthropocene Age is the period during which human activity became the dominant influence on global climate and environment.

Novacene. We find meaning and purpose in life today in the Novacene Age. The Novacene Age, described by James Lovelock, is the age in which humans acquired planetary-scale technologies.

Metacene. We learn to imagine, design, and create a future that works for all in the Metaverse of the future. Metacene, the age of metaverse, is used here to refer to the age in which human and machine intelligence work together to spawn an age of super-intelligence.

There are six domains in Kairos coordinated by the Enso Guardians with Base Camps and Outposts in each. The Base Camps represent a variety of places learning can take place in the Kairos universe – the Great Outdoors, Built Environments, Themed Environments, Media platforms, Virtual Reality, and Imagined Worlds

Base Camp GO (Great Outdoors) focuses on the natural environment with our first Outpost called Outpost North Woods in the upper Midwest, including Northern Wisconsin, Upper Michigan, and the Boundary Waters of Minnesota around Lake Michigan and Lake Superior. They will be hosting an outdoor adventure involving kayaking and camping during the second week of August/ We will be establishing other Outposts across the nation and around the world.

Base Camp BE (Built Environment) will focus on the built environment and has its first Outpost in Dubai, in the United Arab Emirates. There will be an event in Dubai during the World Expo the last weekend in January 2022. There will be an introductory meeting on Zoom for Base Camp WB the last Sunday in January, a couple of weeks from now.

Base Camp TE (Themed Environments) focuses on simulated spaces and places like museums, zoos, and theme parks. Outpost Orlando will be hosting an event the first weekend in November at Disney World in Orlando.

Base Camp MW (Media Worlds) will focus on media like movies, television, and social media with an Outpost in Hollywood, California. There will be annual events in Los Angeles when the George Lucas Museum of Narrative Art and the Academy Museum of Motion Pictures open.

Base Camp VR (Virtual Reality) will take place through head-mounted displays in a variety of virtual worlds. We had an introduction to Virtual Reality in December, and there will be annual Kairos events in Virtual Reality each year.

Base Camp IW (Imagined Worlds) will have meetings through Zoom and focus on worlds that do not yet exist, like colonies in space, on the Moon, Mars, and under the Oceans. There will be an introductory Imagined Worlds event this coming March.

Realms are the fields of interest or activities around Singularities from the Big Bang that formed the Universe, to the Metaverse that will follow the Singularity of Super-intelligence. Singularities are instances in cosmic history in which key features of the universe came into existence when they had not previously been found to exist.

Pathfinders explore the Realms to gain a systemic, conceptual understanding of the nature of the:

There are a variety of ways people can participate in or become a Pathfinder in Kairos. Pathfinders can choose to be a

We invite everyone to join Kairos as a Player the first time and go through the Four Quests themselves to experience the impact of Kairos.

Pathfinders acquire six Powers in Kairos that enable them to overcome the challenges of each Quest. Powers are the tools, skills, and intelligences acquired and used by Pathfinders.

Pathfinders develop the Powers of:

Pathfinders will take on four Quests or challenges that follow the Design Thinking process.

THE GAMEMASTER AND GUARDIAN SERIES

The Gamemaster and Guardian Series is a 16-week certification course for potential Gamemasters and Guardians. Participants will meet virtually once a week for 90 minutes with group discussions and workgroup meetings in between sessions.

The 16 weeks are divided into four parts called Quests, with each Quest taking four weeks. The Quests are based on the Design Thinking process.

In this Quest, you will learn how to ask the right questions to identify and clarify the problem you want to solve. This requires asking two other questions: “What are your interests and passions?” and “What does the world need from you?” Your goal is to develop a coherent problem to begin solving over the next four months that is personally interesting to you and fills a need in the real world. How can you make a positive impact on a billion people on the planet?

Quest 1 Challenge: Write a Design Brief for a project of personal interest that addresses a need in the world.

Quest 2 Challenge. Keep a sketch-note journal to capture, document, and reflect on your ideas.

In this Quest, you will develop a model or simulation of your best potential solution to test its efficacy. You will learn what models and simulations are and their power in addressing “wicked problems.” You will learn techniques to test your ideas in a simple, inexpensive, quick, and convincing manner. You will learn how to take your creative ideas and turn them into positive, tangible innovations.

Quest 3 Challenge: Compile a portfolio of documents and artifacts related to your project.

In this quest, you will learn and practice several ways to explain the solutions you have derived in the first three Quests in a clear and compelling manner. You will learn to do an elevator pitch; make a 4-minute slide deck; and do a 15-minute TED talk type presentation. You will learn the power of storytelling using your voice, sounds, music, visuals, movement, and interactive experiences.

Quest 4 Challenge: Create a 4-minute video explaining your project and your process.

In the early days, computers could only carry out instructions that were programmed into them. Now there is a thing called Deep Learning where computers have evolved to the point where they are solving problems we didn’t even ask them to. Computers can teach themselves to play games by figuring out the rules on their own; beat our best human players; and come up with strategies that no human player had ever thought of.

Like new computers, people can also learn without having content programmed into them. People can actually learn much better when they are self-directed.

We used textbooks in schools to gather information from many places into one easy to access source. We used to have to do the same with computers by feeding data into them and just having them spit out computations. Today, computers search through massive databases in networked resources around the globe in the Cloud. They compile their own data from multiple sources and see patterns we hadn’t even noticed. Learning is much more effective if students draw information from multiple sources.

Rather than all reading from the same book, learning is much richer if students draw from different sources with different perspectives on any particular topic.

Traditional learning too often discourages cooperation and sharing of information – “keep your eyes on your own paper,” “stop talking to each other.” Many computers, connected together and working in parallel, solve problems in moments that would have taken weeks, months, or years by traditional methods.

Systems break down if there is not transparency and free flow of information within and between parts of systems. People learn better by figuring things out together and sharing ideas to solve difficult problems and accomplish complex tasks they couldn’t do on their own. Pathfinders learn to not withhold information and ideas and spontaneously share with other parts of the system.

Schools were originally set up with disconnected subject areas that too often compete with each other for attention, time and resources rather than trying to show connections among systems. Systems thinking and systemic approaches to learning are essential to solving the complex, interconnected, systemic problems we face today.

Too often, students are expected to carry out tasks without being told why, or knowing or caring why. They are provided answers to questions they didn’t ask. And, when they do have real questions, too often they are told to pay attention and stick to the task at hand, or wait for the answer to their questions in a different class at a different time. Learning is more effective when it is personally meaningful to the learner, so they learn what they need to know when they need to know it.

Too much of schooling consists of “school work” – class room assignments that don’t relate to real-world problems or the needs and interests of the students. Understanding the meaning and purpose behind work is more effective than just the admonition that “you’re going to need to know this someday.”

One of the major mistakes in developing the original education system was separating the development of our cognitive abilities from the development of our feelings and emotions. Sir Ken Robinson said that we treat our bodies as if they are just vehicles to get our heads to the next meeting. We have to bring back our insatiable curiosity, the visceral joy of figuring things out, the excitement of peak performance, and the satisfaction of a job well done.

At the conclusion of the Gamemaster Series you will have developed a solution to a problem that is meaningful to you at a deep level and fills a need in the world in a way that is beyond your imagination.

In the process, you will learn about your unlocked potential and what is holding you back from being the best version of yourself. You will also develop empathy and insights to help you become a problem-solver to make the world a better place for all.

Our goal is to prepare a generation of self-aware problem-solvers who can address the biggest changes coming in creative potential that the world has ever seen. You will no longer need to fear change because you will be a Gamemaster who has the knowledge, tools, and skills to meet any challenge.